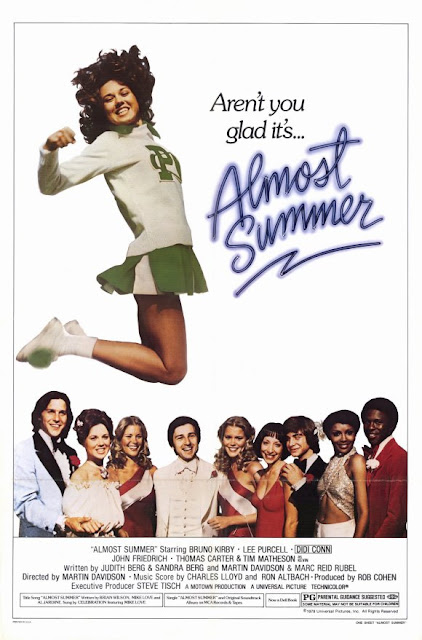 Two decades before Alexander Payne made Election (1999), this picture from the unlikely source of Motown Productions depicted the lengths to which single-minded teenagers will go to win the office of student-body president. The core of this picture, which dramatizes the way a heartbroken young man uses sharp political instincts to sabotage the campaign of his ex-girlfriend, is emotionally believable and mildly satirical, with imaginative episodes and realistic dialogue. Yet the movie also contains vapid discursions that weaken the overall impact. Since the picture is rated PG, there’s not much exploitative material, which is a relief, but things like musical passages and a drab subplot about a wannabe singer choosing opportunism over love feel hackneyed by comparison with the thoughtful election storyline. Similarly, the performances are inconsistent, although the actors portraying the three most character deliver solid work.
When the story begins, bright, popular, and sexy Christine (Lee Purcell) is running for class president against a hunky opponent whose political adviser is Bobby (Bruno Kirby), Christine’s clever but ethically challenged ex. When the hunk gets disqualified, Bobby scrambles to find a new opponent who can prevent Christine from winning the election. (In this movie, hell hath no fury like a man scorned.) Bobby recruits an underachiever named Darryl (John Friedrich), and then he contrives circumstances that transform Darryl into a formidable candidate. Naturally, this puts Bobby at odds with Christine’s new boyfriend, Kevin (Tim Matheson), a football star whose future hinges on winning a college scholarship.
As directed by Martin Davidson, who made a number of interesting but problematic features (including the 1983 cult favorite Eddie and the Cruisers), Almost Summer is a scattershot affair that explores ambition, honesty, loyalty, and self-perception. About 60 percent of the movie works, and the remainder runs the gamut from forgettable mediocrity to pandering silliness (notably a pointless food-fight scene). Kirby is excellent,